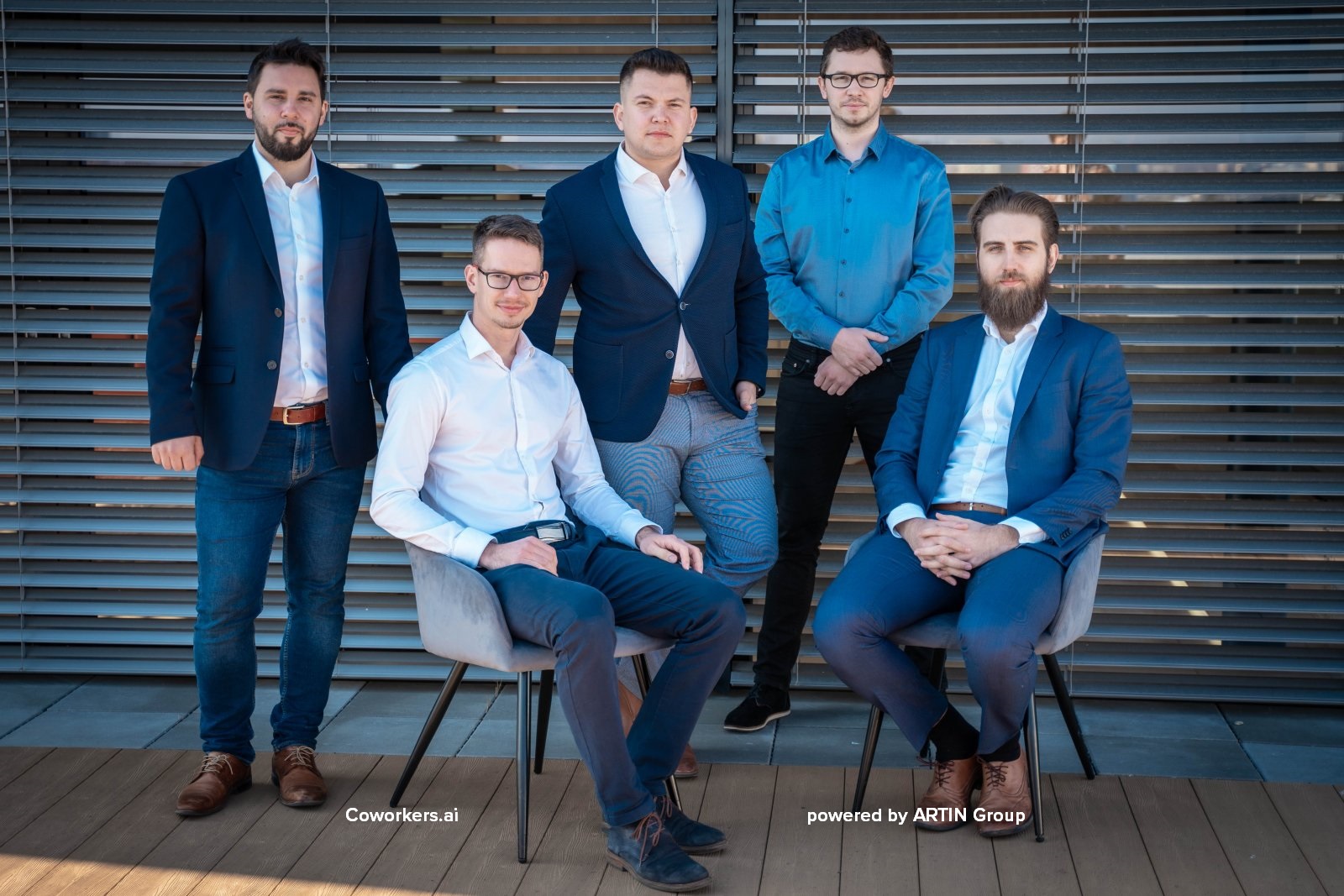 The new spin-off Coworkers.ai has been added to the ARTIN Group portfolio. The company offers a unique conversational artificial intelligence that communicates in both written and voice form. The original project under the wings of ARTIN ČR started operating on the market already two years ago, and today, for example, Notino perfumery, Kooperativa insurance company and Slovakian operator Orange use this technology in communication with customers. The company is now looking for a suitable investor to help it scale their services and expand faster to other countries.

​​Coworkers.ai conversation technologies are, simply put, artificially created entities that can conduct a dialogue with a person on a whole range of routine topics. It only depends on the client, what style and tonality he wants to impress on the artificial intelligence and what type of communication he entrusts to it. A unique advantage of the technology is its contextual autocorrection. Both Chatbot and Voicebot learn from their own mistakes and solve more complex questions with each subsequent interaction.

"Although it may seem like a disadvantage, we started with the Czech language, which is one of the most difficult languages ​​in the world. We were able to pick up traditional problems such as typos, colloquialisms or word forms in different cases. Believe me, every other language is only easier," says Jan Najvárek, co-owner of ARTIN Group, adding, "the basis is the so-called deep learning process. The system itself can study a large amount of input data that you make available to it. It's not just about languages, it can also deal with data such as license plates, IBANs, email addresses or social security numbers."

Since their launch, both Chatbot and Voicebot have been attracting interest among companies involved in customer care, market research or direct sales. But they can also be used for the internal needs of companies or as a conversational marketing tool. In addition, Coworkers.ai technology increases the efficiency of work in contact centers from small ones, which count units of operators, to the largest ones, in which thousands of them work.

"Technologically, conversational artificial intelligence is almost at the limit of its current capabilities. Despite this, we still manage to meet the individual expectations of our customers. This is manifested not only by positive feedback from business partners, but above all by growing economic results. In the year of its launch, the product generated a turnover of 3 million crowns, last year it already climbed to 8 million. Even without the entry of an investor, we intend to achieve a turnover of 13 million this year," Tomáš Lysek, CEO and managing director of Coworkers.ai, presents the plans.

The company's executives also decided on an unusual domestic method of motivating their employees, of whom there are currently 15. "We have included an option program, the so-called ESOP, among the company's benefits. In the next five years, we will distribute shares in the ESOP to employees as a reward for quality work done. The program is not yet exhausted, and we would like to motivate existing and new colleagues who participate in the development of technology in this way. We will of course recalculate the current valuation at the end of the program and we hope that it will be several times higher," explains Luboš Urbančok, CCO of Cowokrers.ai.

The idea to create a communication platform originated three years ago in the group of developers of the Brno company Artin. A separate brand, Coworkers.ai, was also created under its auspices. It then became independent in February this year. The creation of the spin-off company, the transaction and the transfer of copyrights were supervised by the JIC agency and carried out by the Sedálková Legal law firm.

show all news
Let's keep
in touch
Do you feel that something interesting could come out of our cooperation?
Get in touch with us.
